Do mild cleansers really get your hair clean? Episode 83

On this week’s podcast we talk about the effectiveness of mild hair cleaners and other interesting beauty science news. 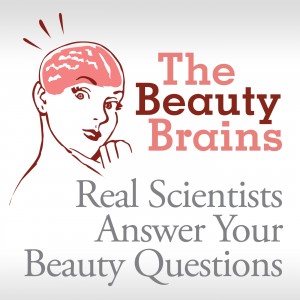 Should natural beauty products be patented?

We think one advantage of natural beauty products (and natural medicines for that matter) is that they are available to anyone to use without having to pay “Big Beauty” or Big Pharma in the case of drugs. That’s why I was surprised to see this story out of Australia that confirms that, as a type of intellectual property, natural ingredients and formulations are being granted more patents than any other segment of cosmetics. They say that “there is greater patent activity in the cosmetics sector than in either plant agriculture or herbal medicines. ” The attorney quoted in the article states that “a properly prepared formulation patent can provide very comprehensive protection for your valuable natural or organic cosmetic.”

Should you be concerned about this? Does this mean that someday a “Big Beauty” patent could make it illegal for you to mix your own baking soda and vinegar shampoo? Or prevent you from using the olive oil in your kitchen as a makeup remover? No, because that’s not how patents work. To obtain a patent you have to show that there’s no prior art which means that if a product or technology is already in the market place being used by people, then there’s no basis for exclusivity. You have to show something “non-obvious” to those skilled in the arts. This might however, impact future discoveries made regarding the benefits of natural raw materials. If someone figures out that sandalwood trees are a good natural sunscreen, then that could be patented.

Is the Precautionary Principle legit?

The precautionary principle is a philosophy about how chemicals in our environment are regulated. The idea is that if there is no scientific consensus on a compound then it should be banned until it can be proven safe. This is the philosophy they try to follow in the EU. It’s also the philosophy that some chemical fear mongering groups try to impose on us here in the US. And it sounds like a good idea but it can lead to some unintended consequences.

For example, are you familiar with Aloe Vera? Sure aloe vera has been used for hundreds of years and it’s a mainstay in most products. But according to a report in the journal Toxicology Sciences there is clear evidence of carcinogenic activity by a whole-leaf extract of Aloe. They fed Aloe Vera extract to rats and there saw a significant increase in cases of cancer.

Now if we were following the precautionary principle Aloe would be immediately banned from cosmetics. That doesn’t sound like such a good idea eh?

I just want to say that this is by no means a reason for you to avoid aloe vera containing products. The study was done on rats and it was a product that was ingested. Maybe it might give you pause from drinking aloe but there is no evidence to stop using it in topical products.

It will likely be listed on Prop 65 in california so it’s possible that people will have to start labeling that there is a carcinogen in their products if they use it in california. I doubt that will happen but it’s possible.

This just shows you that the precautionary principle is not a good way to regulate our cosmetics. You have to use your brains. Think things through, do studies and leave it to expert toxicologists to make the call about product safety.

Do mild cleansers really get your hair clean?
There’s a bit of a natural theme to today’s stories, not on purpose, so here’s another one. Are you familiar with “The Natural Haven” blog? The name sounds like it’s about natural products but it’s really about the the science of natural hair, in other words hair that hasn’t been chemically processed. It’s written by a scientist who goes by the name of “JC” and she posted a very interesting piece on evaluating different types of mild cleansers.

The reason I mention this story is that It’s refreshing to see someone look for evidence rather than just say “ baking soda and ACV are best for cleansing your hair.” So kudos to you JC of The Natural Haven! The Beauty Brains salute you!

Nano-particle tooth paste rebuilds enamel
Every time we find a news story on “nano-particles” it seems to be bad news but here’s a good news story: Here’s an article from the ACS Nano Journal titled “A Mesoporous Silica Biomaterial for Dental Biomimetic Crystallization.” Which is a fancy way of saying that that Taiwan researchers have developed a new nanoparticle that essentially restores lost tooth enamel. This could be huge since loss of enamel is a real problem for teeth. It certainly makes them more sensitive to hot and cold because the enamel wears off it exposes the nerve channels. Most sensitive teeth toothpastes work by adding a type of salt that blocks the nerve channel so the pain impulse isn’t transferred. But this new nanoparticle method involves recovering the tooth with calcium and phosphorous. They describe this method as “fast-reacting, more reliable and biocompatible.…”

A week or two ago we talked about the fact that we don’t always use the products we write about but I DO use toothpaste for sensitive teeth so I’m especially interested to see if this technology actually makes its way into commercial products.

Google device which will make you smell better
Google may get into the digital fragrance business. At least that is the implication of the new patent they just received on a device that is designed to make you smell better. They have been granted a patent for a device that has a wearable sensor that detects physical movements to automatically emit a pleasant fragrance. According to the patent the device has a built in fan which would emit an odor whenever it senses that you don’t smell just right. Of course the user will be able to stop the odor if they don’t feel like they need a blast of freshness. While this may be a product that Google launches it’s possible they don’t have plans to market the technology any time soon. However, another company has a Kickstarter campagin going on to fund a device that does the same type of thing but it uses the technology in your smart phone to work. The Smart Spray accessory is a case that goes on your phone which holds a small vial of whatever liquid the user wants. perfume, fresh breath spray or maybe even vodka. This could be the future of fragrance or deodorant.

Things in your home that are dirtier than your toilet
According to this story, facial hair can contain as much bacteria as an average toilet seat. This story was all over the inter webs but it came from Microbiologists with Quest Diagnostics in Albuquerque, N.M. who swabbed a group of bearded men and found bacteria that you would commonly find in a toilet. My favorite quote was the microbiologist was “There would be a degree of uncleanliness that would be somewhat disturbing.” The article then went on to list a bunch of other things in your home that are dirtier than toilet seats: But beards aren’t the only thing found to be as dirty as a public restroom.

Self 2015 beauty product winners
Self magzine tested 4000 products and came up with some beauty product award winners.
Multi-tasking products – Blushes that can be put on wet or dry.

Detoxifying mask – that gets rid of impurities in your skin.

Clarins multitasking SPF 50 product – They discovered a new particle in air that is damaging to skin? I wonder what this is. Anti-pollution is a new claim.

Onomie – a product that was created by a formulator for Kiehls. She was putting skin care ingredients in make up products. Interesting angle.

Next post: Is the Remington Wet 2 Straight Iron good for hair?

Previous post: Is it okay to use soap on hair?