Do you rely on makeup to be more attractive?

In our podcast Episode 70 we discussed a research study which indicated makeup is not the key to attractiveness. One of our astute listeners, Nadia, pointed out that we neglected to mention other research which came to a much different conclusion. She graciously took the time to summarize these additional studies and, with her permission, I am reprinting her email below. Take it away Nadia… 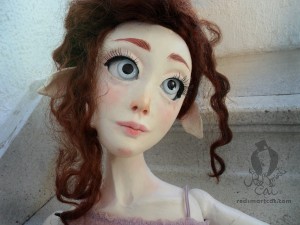 A lot of blogs and the media, including The Beauty Brains were buzzing about a study in the Quarterly Journal of Experimental Psychology that implies women wear too much makeup based on misperceptions. However, it is only one paper right now. That matters because the replication rate in psychology is unknown, and a preliminary estimate is between 33 and 66%. Susannah Locke of Vox also questioned the conclusions and methodology of the QJEP article. The female models were told to do their makeup for a night out, but then photographed in daytime lighting.  It may be true that women would look better to most people if they wore less makeup, but replications and papers that address these limitations are needed to say for sure.

Broadly, several studies have examined how cosmetics affect female facial attractiveness. They demonstrate that women are judged more attractive, on average, when they are wearing cosmetics in photos. A French psychologist with a gift for designing naturalistic experiments has done some related work that shows these effects emerge in behavioral interaction as well. Gueguen and his associates found that female waitresses are tipped more by male customers when wearing makeup. In another study, he looked at how many males approached a female confederate in a bar when she was wearing cosmetics compared to not. She was approached more frequently when she was wearing cosmetics. The weight of the existing evidence is pretty conclusive: cosmetics enhance female facial attractiveness.

Gueguen, Nicolas, and Celine Jacob. “Enhanced Female Attractiveness with Use of Cosmetics and Male Tipping Behavior in Restaurants.”Journal of Cosmetic Science 62.3 (2011): 283-90. Print.

Osborn, D. (1996). Beauty is as Beauty Does?: Makeup and Posture Effects on Physical Attractiveness Judgments. Journal of Applied Social Psychology, 26(1), 31-51.

Next post: Are there any natural hair color products?