Annette asks…I have heard that peanut oil can make breasts bigger as a result of cutaneous hypernutrition. The are people who says that the only effect is the oil moisturizes the area making it seem bigger. What is the real effect of peanut oil?

I recently received a question about breast pimples and now this. It must be “Booby Brains” week. 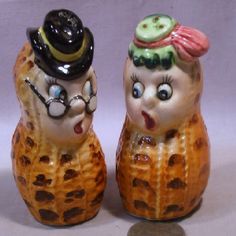 We can’t find ANY references to peanut oil working in the way that you described. The idea doesn’t even make sense from a basic skin biology perspective – we don’t know of any mechanism for a topically applied oil impacting the metabolic pathways that grow breast tissue. (Interestingly, we did find several studies that show topically applied oils can help reverse fatty acid deficiencies in the blood.) Even the moisturization theory doesn’t hold water (pun intended.) While moisturizing skin can “plump” it up by reducing the appearance of fine lines and wrinkles it’s not going to physically increase the size/mass of breast tissue.

The only itty-bitty grain of truth in this entire notion is that peanut oil has been considered as a filling material for breast implants. According to WebPlastics “Alternative fillers such as soybean oil and peanut oil are not approved or, at the time of this writing, even in active patient trials in the United States. Soy implants were recently abandoned in European studies because they caused several problems.” So it’s possible that someone heard that peanut oil has been evaluated for use in breasts implants and incorrectly assumed it would have the same effect when applied topically.

Can peanut oil make your breasts bigger? Not according to any science that we can find.

Next post: Is collagen a good anti-aging ingredient? Episode 73

Previous post: Are there any natural hair color products?