Is it okay to use soap on hair?

Bunny Lake asks…Chagrin Valley Shampoo Bars are really popular with a lot of the people on the Long Hair Community, and I’ve been trying some sample bars out myself. I love some, but others give me that waxy feeling. I have soft water where I live, also. Is Chagrin Valley Soap the kind of “soap” that is actually NOT good for your hair and skin? A lot of their complexion and body bars contain coconut oil which I have heard is good for hair but highly comedogenic (pore clogging). Thanks for any information you can give me! 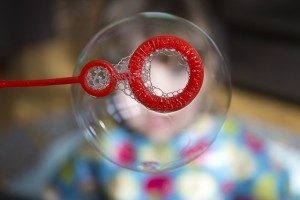 It sounds like you’re already savvy to the main problem with washing your hair with bar soap: build up from hard water.

Is soap safe for hair?

This is what happens when the fatty acid salt that makes up soap reacts with the counter ions in hard water (like magnesium and calcium) to form an insoluble residue. This residue used to be known as “bathtub ring” because of the film left in the tub after bathing. Modern surfactants have eliminated this problem because they don’t react with hard water ions. Similarly, using softened water (as you are) also reduces the problem. Therefore, there’s no technical reason for not using Chagrin Valley Shampoo bars on your hair.

Should you worry about coconut oil soap clogging your pores and giving you blackheads? It’s true that coconut oil is highly comedogenic. It’s usually rated a four or five on a five-point scale. This means it’s likely to contribute to pore clogging and acne. However in this case the risk is much lower. That’s because most of the oil in the soap has been reacted. Any residual oil will for the most part be rinsed out of your hair. If you were applying pure coconut oil to your skin there would be more chance of pore clogging than if you’re just using coconut oil soap. Still, there is some risk and you won’t know for sure until you try it.

Next post: Do mild cleansers really get your hair clean? Episode 83