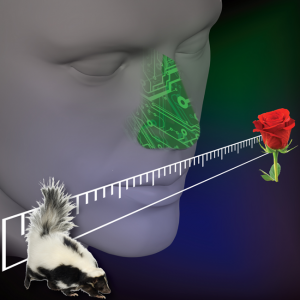 For those of you who are listening to this show in real time we’re only a couple of days away from the Fourth of July holiday weekend. If you’re interested in learning what life was like in colonial America, you can find an excellent summary at Fortklock.com; the details of how women made their own makeup were particularly fascinating. Believe me, they didn’t have much to work with! Here’s a quick comparison of colonial chemistry to our modern day magic.

Lip color
Then: Mix beet juice with lard.
Now: Something in a nice pinkish-taupe like NARS Turkish Delight!

Blush
Then: Either pinch your cheeks or, for the cultured sophisticate, mix beet juice with talc or cornstarch. (Jeez, those colonials were really big on beets!)
Now: Unfortunately, natural minerals hadn’t been invented yet back in 1776 or else they could have worn Laura Mercier Mineral Cheek Powder.

Mascara
Then: Moisten eyelashes with your fingers. (Mmmm, saliva-scented eyelashes!)
Now: Today we have the incredible tubing technology of Blinc Kiss Me Mascara.

Anti-aging skin creams
Then: Rub bacon grease or fat on your face.
Now: We still use fats of one sort or another but has active ingredients like retinol, niacinaimde, Vitaminc C and so on.

We have a lots to be thankful for this Independence Day: Government for the people by the people; freedom of religion, and science-spawned, store-bought cosmetics! Yay!

The first story that caught my eye was this one about how P&G (the makers of beauty products like Olay, Pantene, and Max Factor) have gotten in trouble with the Advertising Standards Authority (ASA) over one of it’s YouTube Videos. Who knew the government was watching advertising on the Internet?

Anyway, according to the story one of P&G’s hired vloggers Ruth Crilly put up a video on their Beauty Recommended YouTube channel in which she recommends using Max Factor products.

The ASA received a complaint from another beauty and style blogger (we beauty bloggers are a competitive bunch) who said the video didn’t identify itself as an advertisement.

The ASA agreed and said P&G violated the rules of marketing communication and misleading advertising. P&G was required to ensure that all future ads like this made their commercial intent clear. To solve the problem P&G now puts the hashtag #ad at the beginning of each video.

I thought this was interesting for a couple reasons. First, how do we get P&G to give us money for blogging? lol. Just kidding. We can’t be paid shills for industry.

But second I wonder how many other beauty bloggers or vloggers out there are being paid by companies without mentioning it. Or not mentioning that their reviews are influenced by the fact that they got free samples. In the old days of the Internet no one ever made you mention whether there was a conflict of interest but today it’s a whole new world.

So beauty consumers should be weary of any reviews they see on beauty blogs. They could be paid for by the beauty company.

A couple of weeks ago we talked about the new personal care products safety act which is a bill that has been introduced in the United States to provide better regulate the cosmetic industry. As you’ll recall the bill has 5 or 6 major provisions including FDA testing of ingredients, better product recall processes, and improved ingredient labeling.

At that time we noted that several major manufacturers of cosmetics are in favor of the bill because they’re already doing most of the things that the bill would require. But for small manufactures this could be a big problem because it would require them to take extra actions like hiring more people which leads to higher costs.

In the last couple of weeks several organizations that represent smaller businesses have come forward to register their opposition to the bill. I thought it would be interesting to hear their point of view. It’s also interesting to see how many organizations there are to represent small cosmetic manufacturers. I had never heard of some of these. So let’s take a quick look at what each of these has to say.

Independent Cosmetic Manufacturers & Distributors (ICMAD)
“ICMAD has a long track record of working with federal regulators to promote product safety, honor the best science in our industry, and advance small businesses… However, the approach taken in this legislation is in conflict with these goals.”

The Handcrafted Soap & Cosmetic Guild (HSCG)
They support much of the bill including “provisions that help identify ingredients that are potentially harmful, encourage transparency and give the FDA recall authority [but], we cannot support this bill as it currently exists.

Coalition of Handcrafted Entrepreneurs (COHE)
“Any new regulatory regime contemplated for the cosmetics industry should recognize the unique role and needs of the handcrafted industry, as well as the choice the industry provides for consumers.” So consumers should be able to choose unsafe products??

Handmade Cosmetic Alliance (HCA)
“subjecting small handmade cosmetic companies which operate with less than a handful of employees to onerous regulation is not only unfair and unprecedented, but creates regulatory requirements that will force businesses to close their doors, “

By the way, remember that Perry is on record as stating he does not expect the bill to pass.

Would you wear moisturizing underwear?

Are you familiar with the Spanx line of clothing? This is a line of form fitting underclothes that help to make people look and feel slimmer. They were all the rage and the inventor made a ton of money.

Well, here’s an inventor who has gone one step further. The company Skin-Eez has created some figure flattering undergarments that have micro-capsules of skin moisturizers embedded in the fabric. So while you wear them you are also moisturizing your skin.

Most impressively, the founder of Skin Eez has landed a deal with Target to launch the initial run of thigh smoothers, capri pants and boyshorts.

Talk about multifunctional products. They call these “cosmeto-textiles” and they are being touted as the next generation of cosmetics.

This idea isn’t exactly new and other companies have launched clothing products that were supposed to reduce cellulite, have anti-aging effects, or release sunscreen. Some of these companies have also been sued so it might make for a more skeptical consumer base.

But if all they are claiming is that it will provide some skin moisturizing they should be fine. Now whether the products do anything for moisturizing skin, I’m skeptical. It seems like you would eventually run out of product on the clothes and then you’ll have to what reapply? or buy new undergarments? They say you can reapply this spray after 10 washes but come on, that doesn’t sound like it would work. It sounds pretty complicated actually.

Anyway, it will be interesting to see if these types of products put any new pressure on traditional skin care products. I think since lotions are mostly used on places that aren’t covered by clothes there won’t really be much conflict.

Fish make their own sunscreen

One of the products on our “wish list” is a sunscreen in pill form. We me may be one step closer to this because of the discovery that fish, and some birds, naturally produce a chemical in there body called gadusol which is a very effective UV absorber.

Scientists at Oregon State University are trying to copy that mechanism for use in humans by using yeast cells to reproduce the fish mechanism. They have even gone so far as to speculate that this may work in humans in pill form.

I wouldn’t celebrate just yet however because there is still a big question about safety. One of the researchers said something like “well it’s in birds and fish so it’s probably safe for humans.”  The article goes on to say however, further studies will be needed to test if and how gadusol is absorbed, distributed, and metabolised in the body to check its efficacy and safety. Still it’s exciting to think that a sunscreen pill may someday really be possible.

Is DIY perfume a good idea?

We just talked about the handcrafting Association of America wouldn’t it be cool if you could handcraft your own perfume?

I’ve heard this talked about I think as long as I’ve been in the industry. The idea is you can make a scent just exactly like you wanted by blending your own essential oils.

Most cosmetic chemist have dismissed the idea because of the complexity involved in perfume formulating. It’s deceptively difficult because of the hundreds of different components it takes to make a sophisticated,  nuanced scent. It’s quite astonishing when you see the numbers of different materials in the different use levels required to create a full perfume that has top, middle and bottom notes.
The other big issue the instability of fragrance compounds  – these chemicals can be highly reactive with each other and you have to understand exactly what you’re putting together or it will smell very very different a few days or weeks or months later.
Of course if you just want to make yourself smell like roses or some other single note floral it’s considerably easier because you may be only mixing a couple of components.

So it hasn’t really been possible for the average consumer to play perfumer. At least not until now – we just received a press release from a company who is in fact now offering do it yourself perfumery. The company is called Uunique.

I’m concerned however about the value proposition for the consumer. It’s fairly expensive – an initial price of about $70 an ounce with the regular price about $170. It seems to me that no matter how good their software is there’s a reasonable chance you won’t like the smell of something that you formulate online. If they could do some sort of presale sample or offer a no questions asked return policy then I think it would be okay. Anyway, they certainly get points for being innovative.

Alright we promised to tell you at the begining of the show about the hot new fragrance for the summer. You want to know what it is? Do you?

Well according to this story NASCAR veteran Jimmie Johnson is teaming up with Sunoco to release a new cologne called…Burnt Rubber. It is a unisex eau de toilette that has a faint hint of race track smell.

So if you want to smell like a race track or you’re in an elevator and the odor suddenly transports you to the car races, this could be the product for you.

Previous post: 7 of the best beauty blogs you’ll ever read