It’s another Beauty Science News episode! But first a new feature that helps you save money when shopping for beauty products. We call it “Who’s Who in the Beauty Biz.”

Who’s Who in the Beauty Biz 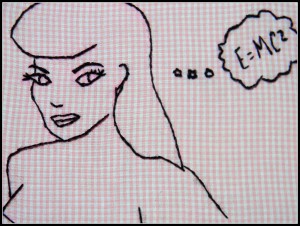 It’s important to understand who makes your beauty products because that knowledge can alert you to watch for formula changes and give you an opportunity to find formulas you love used elsewhere, maybe in cheaper brands. There are three beauty companies or beauty brands in the news this week because they’re changing hands.

Energizer
The first company is Energizer which you probably know because of the Energizer bunny. Energizer is spinning off their personal care business which consists of popular shaving and sun care products:

So this case is a little different because they’re not selling their brands to another company but they’re actually spinning off their personal care business into a separate business unit so from now on these products will come from the company called “Edgewell” and their symbol will be a little hummingbird so look for that.

P&G with Fekkai
The second change we want to talk about is a professional salon brand that most of you will be familiar with and that’s Frederick Fekkai. The line was bought by Procter & Gamble back in the late 1980s/early 1990s and now P&G is selling the brand back to the private Fekkai company. It’s very well known in the industry that right now Proctor is selling off a number of their beauty brands to be more streamlined so I’m guessing this wasn’t just big enough to be on their radar. Look for potential formula changes here.

Kate Somerville
The last change of ownership for beauty brands in the news this week that we want to talk about is the Kate Somerville brand. She has sold that line to Unilever. I imagine she’ll still play some sort of consulting role because that’s typical in these cases but it’ll be interesting to see what Unilever does with the formulas. Here’s a case where you may see some of the Somerville formulas go into other brands in the Unilever line or they may be replaced by formulas in the Unilever lines. Kate Somerville fans – this is one to keep a close eye on.

According to this survey, men prefer intelligence over looks when it comes to choosing a future mate. Listen to the show for the full discussion.

I want to talk about this next news story because it reinforces one of the messages that we consistently try and give on the show. That message is: be careful what kind of sh*t you put in your eyes. This warning covers two kinds of scenarios. The first one is don’t use things as eye colors that aren’t approved colorants. The example we see all the time is whether or not it’s okay to use crayons as  lip make up or eye make up. (It’s not.)

The other case is with products that can be used around the eye but some people want to take it to the next level and use it on the eyelid like using an eyeliner on your inner eyelid. We’ve always said that that can be a dangerous practice but now we got some evidence for that admonition.

A study at the University of Waterloo proves that particles from cosmetics, like pencil eyeliner, can move into your eye. Follow the link for the entire report.

Consumer reports find a third of sunscreens don’t match their SPF rating
Interestingly, it appears that Consumer Reports did NOT follow the FDA methodology for testing sunscreen products. That could make their results invalid.

Don’t be tricked into buying a product just because of the size of the package! One of the big drivers of marketing is getting good shelf space. One way to do that is to have a lot of different stockkeeping units so you take up a lot of shelve space; another way to do it is to over package smaller products.

There’s a right way to do this and a wrong way to do it. Some Unilever brands were doing it the wrong way because they were using false bottoms in their packaging (specifically in some Axe hair care products and they were doing something similar with some of their anti-perspirant products last year.) So now they’re paying three quarters million $ in fines.

Papaya extract may be bad for your skin

This enzyme is used in some exfoliating products but it can trigger skin allergies. (It’s another example proves that natural ingredients are not automatically better.)

Should an ingredient be banned if it causes allergies?

I’m talking specifically about an ingredient called methylisothiazolinone (MI for short.)  This is a preservative which is known to be an allergen and Denmark is now making a push to ban it across Europe. When you see the effects that some people have had from this ingredient it is hard to argue with the logic of banning it but our good friend at Colin’s Beauty Pages has done an excellent analysis of this issue and explains why banning may not be the best approach. I’ll summarize his argument in these three basic points.

1: MI is a well known allergen but it’s not very clearly listed on the package. If you’ve ever tried to read a long ingredient list you realize how tricky it can be to find a specific chemical name. Perhaps just by clearly calling out the ingredient people could more easily avoid it.

2. If we don’t have very good replacement preservatives. We don’t want to go from the frying pan into the fire. What I mean by that is now we have very few allergic reaction and even fewer problems with microbial contamination. By going to another preservative you may lower allergic responses but if the preservative isn’t proven to be as effective you could end up increasing the health risk from bacterial exposure. That’s not a good trade-off.

3. If you start using higher levels of other preservatives then you’re likely to increase the number of allergic responses from those preservatives. So you haven’t really achieve much success with the trade-off.

Tattoos may stop the Apple Watch

The ink used in tattoos can block the heart sensors on the back of the Apple Watch. An argument ensued about how serious this is.