Our 100th podcast is now available! 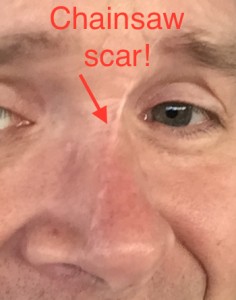 If you’re a regular listener of our show you noticed a different voice on the introduction. That’s one of our fans, Master Barber Williams. He was featured in a question on an earlier show and so we asked him to record the intro to our Giant Sized 100 Anniversary Episode and he did. He works for M&M Products and can be reached through the website www.mmproducts.com.

Why this is a giant sized episode

I just used the term “giant sized one hundredth anniversary episode” let me explain why I chose that language. That’s actually a term that will be familiar to comic book fans because when a comic reaches its 100th issue they generally do something special. Some comics create a special storyline (for example in the 100th issue of Spiderman he grew six arms so he actually looked more like a human spider) other books take a more retrospective and recap some highlights from the series. That’s the approach were taking here today.

Having said that, I will tease you with one brand new piece of information that will be on the show today. Perry is going to recount the never before told story of how he cut his nose off with a chainsaw. So I dare you to stop listening before we get to that.

The secret origin of the Beauty Brains

Let’s start by retelling of our origin story. Here’s a clip from the first time we ever discussed our secret origin way back in episode 9 which aired back in December 2013.

Next we replayed answers to some of our favorite questions

A game of Chance

We’ve played a total of 33 games of BSBS and improbable products total. Of those games, Chance played along in 24 of them. So I looked at Perry’s # of wins out of 33 (whether he played alone or with chance) and Chances # of wins out of 24 and then calculated %’s for both. If just randomly guessed the answer then you should score about 33%, that’s chances theatrical score. Here are the actual numbers:

10. Participate in our Forum

8. Tell your friends (if you’re a blogger you can link to us)

7. Connect to us on Linked In

3. Tell your friends to tell their friends

2. Write a review on iTunes

You can support the Beauty Brains by clicking here to sign up for a free trial at Audible.com.

You can also support us by writing a review on iTunes. If you do, we’ll give you a shout out on the show. Here are a few of the latest ones.

Next post: Benefit mascara – how to find a cheaper version

Previous post: Why are some hair products so expensive? Episode 99