Is Rodan and Fields really different? 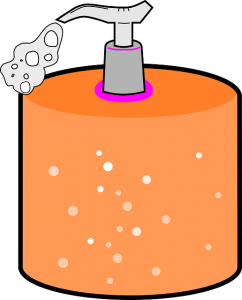 Dawn asks… I’m interested in getting your opinion on whether or not Rodan and Fields is different from any other skin care line. My gut says they are the same.  I participated in a virtual information session (my friend wants me to join her team) and all the other consultants raved about the products as if nothing else had ever worked for them before.  I feel the price point is high. And to be frank, my degree is in chemistry and I recently closed my own skin care business.  So, when I received some samples from my friend, I thought it was funny how one of their products is formulated with the same peptide I used in my product but they paired theirs with retinol and mine was paired with an AHA.  I’m interested in your take.

I reviewed the ingredients in several of their products and the first thing that struck me is that it doesn’t appear that R&F has any technology that’s not available in other products. (In other words there’s nothing patented or proprietary here.)

However, having said that, they do appear to use ingredients that are somewhat less common. For example, in their Unblemish acne wash the active ingredient is sulfur as opposed to sal acid. Both are approved OTC actives but you don’t commonly see sulfur used. Similarly, in their toner they use Lactobionic Acid, and Glu-cono-lactone which can be found in other products but are not used that frequently. And then there’s their ReDefine line with Tetrapeptide-21 which you’ll see less frequently than other peptides.

So, it appears to me that they use some rather interesting formulation approaches that you probably won’t find in very many, more common (less expensive) lines. That doesn’t guarantee they will work better, of course, or that their products are worth the high price. If you’re the kind of person who wants to “go off the beaten path” and you don’t mind spending the extra $$, then this might be a brand to try.

Does Vitamin C cause sun sensitivity?

Nathalie asks…Here in France, a lot of people think that Vitamin C is photosensitizing and are scared to use it under the sunlight. Have you ever seen a publication on this side effect?

Does Vitamin C cause sun sensitivity? I can’t find any proof of that. It’s true that if you ingest a lot of vitamin C it can interfere with the absorption of B vitamins that help protect your skin from the sun. It’s also true that citrus fruits (which contain vitamin C) can increase sun sensitivity but it’s the components in the citrus oils causing the problem, not vitamin C. (As far as I’ve been able to determine.)

What’s the difference between a facial wrinkle and a crease?

Jayne S says…Can you clarify what would be a facial crease as opposed to a wrinkle?

I’m not sure there’s a clear answer here.  My understanding is that “wrinkle” is used to describe a line or any other disturbance in the smoothness of the skin that is caused by factors which lead to collapse of collagen and elastin. (Like smoking, UV exposure, dryness, etc.) ”Crease” is a more specific term used to describe a deeper line that is caused by an external force (sleeping on a pillow) or internal force (repeated contraction of facial muscles.)

This seems consistent with language used by the American Academy of Facial Plastic and Reconstructive surgery. On their website, they talk about “Prominent forehead creases, brow furrows or eye lines (crow’s feet) are produced by specific facial expression muscles repeatedly creasing the skin.” They talk about using injectable fillers to treat…”deeper creases and folds that are not due to muscle activity.”
Source: http://www.aafprs.org/patient/procedures/wrinkles.html

Should I avoid products in jars?

Beth says…Within the past year or more, I have been under the impression that jar packaging should be avoided all together. Is it worth the money to invest in products with jar packaging? For hygienic purposes, as well as product integrity?

There are two basic problems with jar packaging.The first potential issue is that an open mouthed jar can increase exposure to bacterial contamination (because you’re dipping your fingers into it.) This could cause some preservative systems to be overwhelmed. This problem applies to all types of products in jars.

Second, the “open mouthiness” of the jar exposes the product to oxygen and to light which can hasten oxidation. If the product is a simple moisturizer it probably won’t make much difference. But if the product contains antioxidants (which are typically more expensive) then those active ingredients may be “used up” before you even apply the product to your face. So, I would say certainly avoid jar packaging for expensive, antioxidant-based anti-aging products.

Can I dilute liquid soap to make a foaming cleanser?

Daniela…I have found on the web DIY recipes to make your own foaming hand soap using an empty foaming dispenser and diluted liquid hand soap or body wash. At first I was rejoicing – what a great idea – but I wonder whether there are any cons? For example, is there a risk the hand soap diluted with tap water (say 1 part liquid soap, 3 parts water) goes bad as there is not enough preservatives? Or, most importantly, is the washing potential worsened? I understand a soap removes dirt and germs mechanically and not by disinfecting, but still maybe the diluted soap does not have so much washing power as concentrated one? I would very much appreciate your opinion as a cosmetic chemist. Would your mind be at peace using such a DIY foam soap?

You’re exactly right. By diluting a finished product threefold you’re seriously compromising the preservatives system. Granted there’s less of a risk with this type of product because the pump dispenser doesn’t allow much contact with the outside world, however, bacteria love to feed on fatty surfactants and it’s probably only a matter of time before some bacteria growth takes hold.
Once that happens you really have a problem because it’s easy for a biofilm to build up in the internal mechanism of the pump head. This kind of film which consists of layers of bacterial colonies is extremely hard to get rid of.

The big difference is in the type of surfactant chosen because of the amount and quality of foam generated through the pump mechanism and because you need to use a surfactant blend that doesn’t build viscosity so it’s easier to pump.

You’re diluting it down to approximately 4%. This is especially problematic in some cheaper brands of hand soap which are probably formulated on the low and anyway so you could be below 3%.
So what’s the bottom line? You certainly CAN make your own foaming cleanser but why would you bother? You’re only saving a few dollars and you’re giving yourself a product that’s prone to bacterial contamination and that doesn’t have as much cleansing power.

Are these shampoos the same?

Mandy says…The ingredients listing for these two shampoos are almost Exactly the same…. so… my question is, are there different grades of the ingredients? More concentrated levels of one ingredient in one product vs another?? Why are the formulas so similar? I know they are both owned by L’Oreal, but could there actually be a difference between the two?

Welcome to the wonderful world of hair care marketing! Based on reviewing these ingredient lists I don’t see any functional difference between these two products. The extracts, fragrance and color are different but that’s about it.  The idea of “different grades” is a myth, for the most part. (Let’s elaborate on this a bit.) Could they use lower concentration of dimethicone or something? Maybe but not likely.
It’s very common for companies to leverage formula bases across multiple brands so this isn’t all that surprising.

So which one should you buy? Bioloage costs about $0.68 per oz while Garner is about $0.25/oz (depending on where you shop and which size you buy.) Either way, Biology is almost 3 times more expensive. So, unless you love the Biolage fragrance that much you might as well buy Fructis.

This week we played a special “beauty blunders” version of the game with special guest Mary Ellen. Which of these stories is the fake? Listen to the show to find out.

Next post: Are beauty programs for cancer patients dangerous? Episode 107

Previous post: Is it okay to have alcohol in your skin care products? Episode 105