Why isn’t everyone exfoliating with AHAs? Episode 159

Why isn’t everyone exfoliating with AHAs? 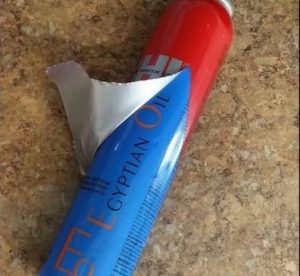 Melissa says…I’ve been using an night cream with glycolic acid and I noticed that my skin is actually brighter, clearer, and softer. I’ve been using this product for years and I still love it but I worry that it may be too good to be true. Are there any risks associated with alpha hydroxy acid products? Why aren’t we are using them?

Thanks Melissa. Long time fans of the show will remember that I love getting questions about Alpha Hydroxy Acids because it gives me an excuse to retell the story of the marketing director for St. Ives didn’t quite get the acronym and would instead of calling them AHAs would call them “Ah-Ha’s.” That always amused me during meetings because it sounded like she was speaking with exclamation marks. “We need to launch a new AHA!”

Before we can answer Melissa’s questions, let’s quickly recap what AHAs are and how they work. Alpha Hydroxy Acids are a class of chemical that is used to loosen dead skin cells.They consist of long chain of carbon and hydrogen atoms with a carboxylic acid group at the end. When naming carbon chains we start by labeling the carbon next to the carboxylate which is known as the α carbon, the next carbon is the β carbon, and so forth. So in this case the carboxylate is on that first carbon so this is an ALPHA hydroxy acid. Salicylic acid has the group on the second carbon so it’s a BETA hydroxy acid.

They work by softening the “glue” that holds skin cells together so the dead ones fall off more easily. When this happens, the basal layer is triggered to produce fresh skin cells. This is also referred to as “increasing cell turnover.”

One less popular AHA is actually Perry’s favorite to pronounce: Tartaric Acid. Other runners up include citric and malic acid. There’s another that’s technically a PHA or polyhydroxy acid and that’s lactobionic acid. Interestingly, According to research published in the Journal of Cosmetic Dermatology, Lactobionic acid is not only more effective than glycolic acid at improving cell turn over but it’s also less irritating. An international team from London, Serbia and Slovenia tested both AHAs in a cream and a gel. 26 volunteers used the products twice a day for two weeks. The researchers found that Lactobionic acid scored better in both forms even though their data indicated the gel base worked a bit better than the cream form.

But Melissa asked if there are risks associated with AHAs. Yes, there are. Some people can’t tolerate their effects and they experience redness and irritation (especially if they have rosacea prone skin.) Using products too frequently or using products that have too high of a concentration can exacerbate this problem. A potentially bigger problem is that if you misuse AHAs they can increase the danger of UV exposure. This was determined by the European Commission on Scientific Affairs. This is problematic is you’re using them improperly or too often but for most people, AHAs are perfectly fine.

So if they work so good and they’re safe for most people, why isn’t everybody using them? Great question! First of all, everyone’s skin is different and not everyone responds to AHAs to the same degree. Some people (especially if they’re prone to conditions like rosacea) are likely to see redness and irritation to an extent that can over whelm the benefits. Other people may have dabbled with AHA products but perhaps they didn’t choose one with a high level of actives and were so disappointed in the results that they just gave up. But there are a lot of people like yourself who have picked a good product to which they respond to well. Good for you!!

The other factor, in my opinion, is that the beauty industry wants to sell more products (and more expensive products) by enticing you with the latest and greatest technology. We’re so bombarded with information on all these new product launches that sound so amazing, that sometimes it’s hard to focus on the basics that really work. Companies may think it’s harder to sell “old” technologies like AHAs when they can hype the latest and greatest algae extract or whatever.

Yes, the “eth” stands for ethoxylation which essentially means that you’re extending the molecule by inserting some oxygen atoms. Why would we do this? Because the ethoxylation process makes the detergent milder (and a little less powerful as a cleanser.) Essentially that’s because it’s more water soluble. So that means that sodium lauryl and ammonium lauryl are harsher than sodium laureth and ammonium laureth? Got it?

Now what about the sodium vs ammonium versions? There’s really not much difference. It’s the lauryl sulfate part of the molecule that’s the issue not the counter ion.

Alessandra pointed out that several brands like Organix and Leonor Greyl, advertise their shampoos as SLES-free but they have ammonium lauryl sulfate as the first ingredient. Now you know how misleading that is!

Are silkworm cocoons good for skin?

Becky says…I’ve read a few articles about the collagen-promoting qualities of silkworm cocoons – apparently rubbing them on your face improves the texture of your skin, improves signs of UV damage and all those other impossibly amazing things. It sounds like another crazy gimmick but I noticed in this article http://www.dailymail.co.uk/femail/article-2837024/Rub-face-silkworm-cocoons-wipe-away-wrinkles-sounds-bizarre-works.html they back it up with some pretty convincing words from a dermatologist.

Becky’s right, the dermatologist quoted in the article says some very convincing things. For the most part the woman rubbed her face with cocoons every day for about a month and at the end of that time her skin looked better. Of course this can’t be considered scientific evidence because the test involved one person and there was no control.

But there ARE some studies showing sericin (silk protein) may have anti-aging properties under certain conditions. For example, one study showed that silk sericin can “stimulate collagen type I synthesis, suppress the regulation of nitrite, which nitrite may induces oxidative stress.” This test was done by applying pure sericin directly to cultures of cells in the lab which does NOT prove that rubbing cocoons are your face will do anything. http://www.ccsenet.org/journal/index.php/jas/article/view/22487/15481

I’m still skeptical, however, because rubbing a cocoon on your face is not a very efficient way of delivering sericin to the skin and the amount of the protein that can be delivered that way seems like it would be very low. Stick with the anti-aging products that are proven to help.

Should you worry about counterfeit hairspray?

Redheaded 4 Trouble says… I’ve seen this picture floating around Facebook. It shows a hairspray can with the label torn off to reveal a different brand underneath. The caption says: “This is why you do NOT buy product from TJ MAXX, ROSS or MARSHALS!!! Only buy from your stylists, that’s it.” I’m thinking this is probably just something salons are spreading so people will buy these products from them at a higher price. What do you think?

This isn’t nearly as sinister as it appears and it is NOT proof that TJ Maxx is selling counterfeit hairspray. My guess is that the company had too many cans decorated of the blue product so rather than destroy them and lose the value, they decided to have them relabeled and then used them for another product.

Yeah, If it were TJ Maxx or any other third party labeling over one product with the label from another then the ingredient list would be wrong (as well as other information) which would be illegal.

How would this even work? They buy a cheaper, inferior product and then relabel it? But the product underneath is Egyptian vs Chi – prove that this is the same brand. Why wouldn’t they buy Suave hairspray and relabel it? IT MAKES NO SENSE!

After I wrote this, I found a Snopes article that gives the same answer: http://www.snopes.com/chi-products-tj-maxx-marshalls/

We’re routinely criticized for not being in touch with the latest beauty trends – but not today! Here’s a story from Refinery29 about the newest, most exciting thing in cosmetics: ear makeup. Apparently some trendy Instagrammers are posting pictures where they have applied a dab of glitter or a spot of color to their ear lobes. Violette is one of the most popular.

It’s interesting because this isn’t an area of the body that’s been used for cosmetics much but apparently now it’s quite the rage. Right now these women are just repurposing other make up and applying to their ears but it’s only a matter of time before some savvy cosmetic manufacturer catches on and starts to create make up specifically designed for the ears.

I predict we’ll see MAC launch a line of Ear Shadow and Ear Gloss to light up your lobes! Now, this creates a new problem: which is makeup residue on ear jewelry. Inevitably your earrings will get gunked up so you’ll need a special product to to clean makeup from earrings. Well, I’ve created that product and I call it – wait for it…”Earring Aid.” Get it?

Twiddly dee from Canada says…As an Esthetician I can appreciate all the science behind products. Keep up the great work!

Hrwlondon from UK says…Both informative and soothing listening. Lots of interesting facts and anecdotes. Would like a top ten greatest ingredients show soon!

MeginMunich from Germany….Excellent Beauty Advice! I really appreciate the scientific basis behind these beauty tips. Most of the information available these days is distributed by marketing teams and can be totally confusing.

Livdane from Latvia says…Funny, evidence based and informative. I used to think that I was an informed and skeptical consumer. Now in hindsight I can appreciate the Dunning-Kruger effect on me at its best. The podcast revealed me the whole new world of the cosmetic chemistry in the amazingly geeky and entertaining way Randy and Perry delivers it. Now I can make the claim: “listening to The Beauty Brains minimizes the perceived feeling and appearance of fine lines and wrinkles.”

Next post: Can hair straighteners stop your hair from being naturally curly? Episode 160