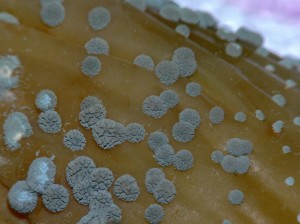 I never realized how important it is to have a good perfume for poop.

We really take a lot of things for granted living in a first world country and one of them is proper sanitation. A lot of places lack proper plumbing and instead use latrines or outdoor toilets. That’s not as much fun as it sounds like because sometimes the stench in these latrines becomes so great the people stop using them and just go outside. When that happens the groundwater can become contaminated which leads to the spread of all sorts of illnesses. This is not a trivial problem – it affects about 2.5 billion people across the world.

And that’s where cosmetic science comes in.

Scientists at Firmenich, which is one of the largest fragrance companies in the world, are working in India, Kenya, and south Africa to help solve this problem by analyzing the scent of these outdoor toilets. They’re using a technique called “headspace analysis” where they basically measure what’s in the gas with in the room. That’s also funny because in the Navy toilets are called “the head.”

They chemically analyze the odors in the latrine to determine which are the most offending components which “the scientists then confirm by smelling.” How would you like to have that job?

Once the fragrance chemists understand the exact nature of the odorants they can create scents that counteract the bad smells. If they can do that and encourage more people to use the latrines it can lead to an overall improvement in sanitary conditions which is good for everybody. Better living through cosmetic chemistry!

(Maybe they could try shipping them a couple of million cases of Poo Pourri.)

Are consumers tired of beauty ads?

This story demonstrates that the beauty industry may not be reading their consumers properly.
According to a recent global survey of over 10,000 people, it seems that consumers are getting tired of seeing all the beautiful people in ads for beauty products.  Instead, one advertising executive thinks that consumers want to see images of regular people in ads instead of beautiful models.
In the survey they found that only one in 10 respondents indicated their body is a source of embarrassment, disappointment, or shame.
They also found that among Canadian respondents (this story was form Canada) 76% said they were worried that outer beauty seems to be more highly valued than inner beauty and 72% thought the world would be a happier place if people weren’t obsessed with physical beauty.
71% also thought photoshopping models and celebrities was harming society.
So, does this mean in the future we’re going to see more ads with regular people and fewer “beautiful” people?
I don’t know.  The Dove campaign for real beauty has been around for a long time and it seems to have been successful, but other brands that follow the standard advertising strategies have also been doing well.  Dove has been doing great in body wash but Aveeno who uses Jennifer Aniston as a spokesperson is doing even better.  And Dial is also doing really well and they use pretty models in their advertising.
While people say they want advertisements that reflect themselves, I’m not sure they really do?  People often say they want something in a survey but actually want something else which is why I rarely have faith in surveys like this or other types of marketing research.

Are Twizzlers good for your teeth?

When we find natural products that really work, that really provide a differentiated benefit, we are quick to point those out. Case in point here is a natural extract of licorice that may be able to stop tooth decay.

Scientists from the University of Edinburgh have discovered that trans-chalcone, which is related to licorice root, has the ability to inhibit growth of the bacteria that contributes to tooth decay (Streptococcus mutans.) It works by inhibiting the enzyme that the bacteria need to thrive.

Now that doesn’t mean you can throw out your fluoride toothpaste and just chow down on a pack of Twizzlers. You also can’t just gnaw on a piece of licorice root. Why not? Because even thought it’s natural, the compound does need to be standardized. And that’s one of the big problems using natural ingredients – the concentration and the quality can vary tremendously from root to root (in this case.)

But if the material is purified and quantified it’s possible it could be used in an anti-cavity chewing gum. And in fact the Wrigley Company, which is right here in Chicago, sponsored some of this research.

Remember that discussion we had a few shows back about whether robots were going to take over people’s jobs?
We chemists only had about a 10% chance of being taken over by robots. It looks like the chances might have increased. According to an article in cosmetics design, consumer products giant Proctor and Gamble are using high-performance computing to design detergents and shampoos.
They say that super computers can perform super fast calculations and they are getting cheap enough that companies with $500,000 to spend can get their own.
I guess theoretically the computers could use data about surfactants, consumer desires and a bunch of other factors to come up with the perfect formulation.

The perils of preservative free

We’ve given a couple examples in previous shows where preservative free cosmetics have been recalled due to microbial contamination. It’s important to keep in mind that this is a danger not only in cosmetics but also in foods. And here’s a recent news story about a children’s brand of preservative free juice in which the mother discovered mold.

The brand in question is Good2Grow children’s juice and according to the story the mother ”opened the juice … stuck my finger in there and pulled it out and there was gooey stuff all over” When she complained to the company, their response was…

“The only way to virtually eliminate the risk of mold would be by adding preservatives to the millions of bottles kids consume every year – and we strongly believe that would be the wrong thing to do for our children.”

Maybe the problem here is the way these products are marketed. People have mistakenly gotten the sense that preservatives are bad so saying a product is “preservative free” sounds like a good thing even though it’s not. So I brainstormed a couple of other marketing terms that could be used in place of preservative free.

You’re never to old for sunscreen

I was listening to that NPR show Science Friday…it’s an excellent show by the way and if you have an interest in science, well worth a listen.  Anyway, they had a guy on there talking about some work he’s been doing on skin cells and somatic mutations even in physiologically normal skin.
They took skin cells from eyelids which looked perfectly normal but found that nearly a quarter of these cells had mutations and may be on the way to becoming skin cancer.
In the interview the researcher said that many people as they get older don’t think they need to use sunscreen as much.  And I suppose it doesn’t help much for things like preventing wrinkles.  But this shows that even people who are older should be using sunscreen every time they go out into the sun.  Even when your skin cells look perfectly fine about a quarter of them have mutations that could be on their way to skin cancer.
Bottom line…use sunscreen people!

One of the basic principles of the Beauty Brains is that we make evidenced-based recommendations about beauty products. And that means as new evidence becomes available sometimes we may have to revise our recommendations. For example, look at the data for the volatile silicone known as cyclopentasiloxane or cyclomethicone.

I don’t recall if we talked about this on the show but we certainly have blogged about it in the past. Cyclomethicone is a very common ingredient used in hair and skin care products. It’s primarily used as kind of a carrier for other ingredients as well as for its a slip enhancing properties. It also evaporates which means it can spread stuff on your skin or hair and then it’s gone without leaving a greasy residue.

Well according to the research published in the EU, cylomethicone may present some risks to health when used at high levels. What’s most interesting about this though is the reason they flagged the safety of the ingredient. Here’s how this works.

They determine what the margin of safety is. Remember this idea of the dose making the poison? Well if you’re only likely to be exposed to an ingredient that will be below this margin of safety then it’s unlikely there will be any ill health effects. But if the exposure is above the margin of safety then that raises some questions. So they surveyed the manufactures of products with cyclomethicone and found that in a couple of cases the percentage of this ingredient in the formula is 90% or greater. Specifically that was a case for hair shine sprays (which makes sense – like Argan oil) and surprisingly, some body lotion products which surprises me.

The concern in this case was that the product might be accidentally ingested (I suppose by children). There’s also concern about inhaling such a high-dose of the material (from a spray on product.) So, the Scientific Committee on Consumer Safety (SCCS) recommends that the EU is restrict its use.

So the point is before we’ve always said “no problem” about this ingredient but recent data suggests for some applications there may be some cause for concern.

Another use for human skin – make a notebook!

Did you ever wonder how tattoo artists practice? Well, I think that they just had to work on paper then hope they get it right on someone’s skin. But now there is a new notebook called “The Skin Book” which has pages made up of synthetic skin.  This will make it easier for tattoo artists to practice. This reminded me of all the stories in the news about companies like L’Oreal and P&G investing in 3D human skin printing technology. They are doing it in an attempt to eliminate animal testing.

It REALLY helps us when you post a review of our show on iTunes. If you do, we’ll mention your name on the show. Here are a few recent reviews…